Special message for guests about COVID-19

Cycle through history on the eastern section of the amazing Erie Canalway Trail! Known as "The Canal That Made America," the Erie Canal was built starting in 1817 and was the most ambitious public works project of its time. It provided a waterway connection from Albany to Buffalo, New York, and was a feat of engineering.

This tour starts in Syracuse and allows you to ride the entire eastern section of the Erie Canalway, which is a crushed-gravel path that runs on or near the original route of the canal. The Canalway Trail is packed with beautiful natural scenery, remarkable U.S. history — and the incredible aqueducts, locks, lift bridges and canal parks of the Erie Canal greenways.

This amazing trail has become part of the newly completed Empire State Trail, a 750-mile network of bike and walking paths that allows you to travel from New York City to Buffalo and even up to Canada.

On this journey, you cycle east to the capital city of Albany … passing through colorful canal communities along the way. You also stay in Amsterdam, at a “castle” bed and breakfast that dates back to 1895, and where a magnificent mansion stood in its place in 1736. End your tour with a shuttle back to Syracuse.

There’s an option on some departures to ALSO do a 6-day bike tour on the western section of the Erie Canalway Trail before this one. It starts in Buffalo and connects with this tour in Syracuse. If you do both tours together, we offer a 10% discount (can't be combined with other discounts or offers).

See a list of our all of our New York State tours.

From start to finish, check out the route.

DAY 1 - Syracuse Arrival Day
Distance: 5-10 miles | Terrain: Easier or Intermediate | The Parkview Hotel
Meet ready-to-ride at 4:00 p.m. in the lobby of the Park View Hotel in Syracuse. After brief introductions, get fitted for your bike and have a warm-up ride around the Syracuse University campus. You enjoy a happy hour and dinner together with your new pedaling pals in the downtown area. Then head back to the Park View Hotel for the night.
DAY 2 - Green Lakes to Rome
Distance: 34 to 46 miles | Terrain: Easier or Intermediate | Rome Hampton Inn
After a tasty breakfast in downtown Syracuse, start your ride east along the Erie Canal Trail. For a shorter day, you can shuttle to Green Lake State Park to start. You head toward the city of Rome — which during the Industrial Revolution, was known as the “Copper City” as its metal industries produced an estimated 10 percent of all copper in the U.S. All cyclists end their ride at Rome Hampton Inn, where you’re on your own to explore the town and have dinner.
DAY 3 - Rome to Little Falls
Distance: 40 miles | Terrain: Easier to Intermediate | Inn at the Stone Mill
After breakfast, start out riding toward Little Falls, New York — a fun town that became a leader in the knitting industry and in the marketing of cheese. In fact, Little Falls was for a time in the 19th century the recognized “Cheese Capital” of the United States. You stay at a unique hotel tonight, the Inn at Stone Mill. This inn is located in a historic mill built in 1839 and situated on the banks of the Mohawk River. Enjoy dinner together this evening.
DAY 4 - Little Falls to Amsterdam
Distance: 42 miles | Terrain: Easier to Intermediate | The Amsterdam Castle
Start cycling today right from the hotel onto the Erie Canalway Trail. You parallel the Mohawk River as you spin through peaceful stretches and historic areas. Stop at the Herkimer House, a Georgian-style mansion built in 1864. This was the home of Revolutionary War hero General George Herkimer and is worth a visit. Lunch is suggested in Canajoharie at mile 20 for the day. There are several cafés to choose from. Arrive at your hotel for the night and relax … and perhaps take a stroll through the nearby Riverlink Park. You stay at a unique hotel this evening called the Amsterdam Castle — which was built in 1895 … and was once used as an armory. And a magnificent mansion once stood in its place back in 1736. Enjoy a beautiful dinner together this evening.
DAY 5 - Amsterdam to Albany
Distance: 32 or 46 miles | Terrain: Easier or Intermediate | Hampton Inn Albany
After a hearty breakfast, pedal back onto the trail and get ready for a big riding day. Or skip some of the miles and get a lift to Hudson Shores Park and enjoy cycling more of the section along the Hudson River. The support van gives you flexibility! Enjoy a picnic lunch and a long downhill after lunch. Finish the day triumphant at the Corning Preserve in Albany — and celebrate with a group farewell dinner.
DAY 6 - Departure Day
Walking tour | Terrain: Easier
After breakfast, wrap up your active week with a walking tour of downtown Albany — the state capital, which is filled with interesting edifices and unique history. Albany has stately buildings … a legacy of tycoons and colonists, starting with the Dutch in the 1600s. Then shuttle back to the start at Park View Hotel in Syracuse with lunch along the way.

5 nights’ lodging, 5 breakfasts, 4 lunches, 3 dinners. We also include detailed maps and itineraries, experienced guides, full van support — plus use of a bike and helmet. Airfare is not included.

5 nights’ lodging, 5 breakfasts, 4 lunches, 3 dinners. We also include detailed maps and itineraries, experienced guides, full van support — plus use of a bike and helmet. Airfare is not included.

Where you stay along the way.

The Parkview Hotel
This hotel is contemporary meets art-deco; funky meets comfortable, and the end result is a boutique hotel atmosphere where you feel just fine about kicking off your shoes and relaxing. These downtown Syracuse accommodations were designed with that in mind. Perfectly appointed for extended visits, but rivaling the chicest boutique hotels in design, they come with everything you need — mentally and physically — to settle in for a nice long stay.

Inn at the Stone Mill
The Inn at Stone Mill is housed on the third floor of the historic mill built in 1839 situated on the banks of the Mohawk River in Historic Canal Place, in Little Falls, NY. This 9-room inn, complete with conference room and a great lobby, provide the finest accommodations with all the modern amenities.

The Amsterdam Castle
Amsterdam Castle is a unique hotel where people can stay and also host functions and events. Constructed by a prolific architect and builder named Isaac Perry, who was born in 1827, this historic building site dates back to 1736 when a magnificent mansion stood in its place. Mr. Perry designed the famous Capitol Building in Albany among many other notable structures in the Empire State.

Albany Downtown Hampton Inn and Suites
This Hampton Inn is just 10 minutes' walk to The Egg theater and Times Union Center. The SUNY Albany campus, Empire State Plaza, and the State Capitol are less than a mile from their door, and Lark Street boutiques are three minutes' drive away. Enjoy meals at the two restaurants and free daily hot breakfast and WiFi.

Images from this tour. Click each to see it larger. 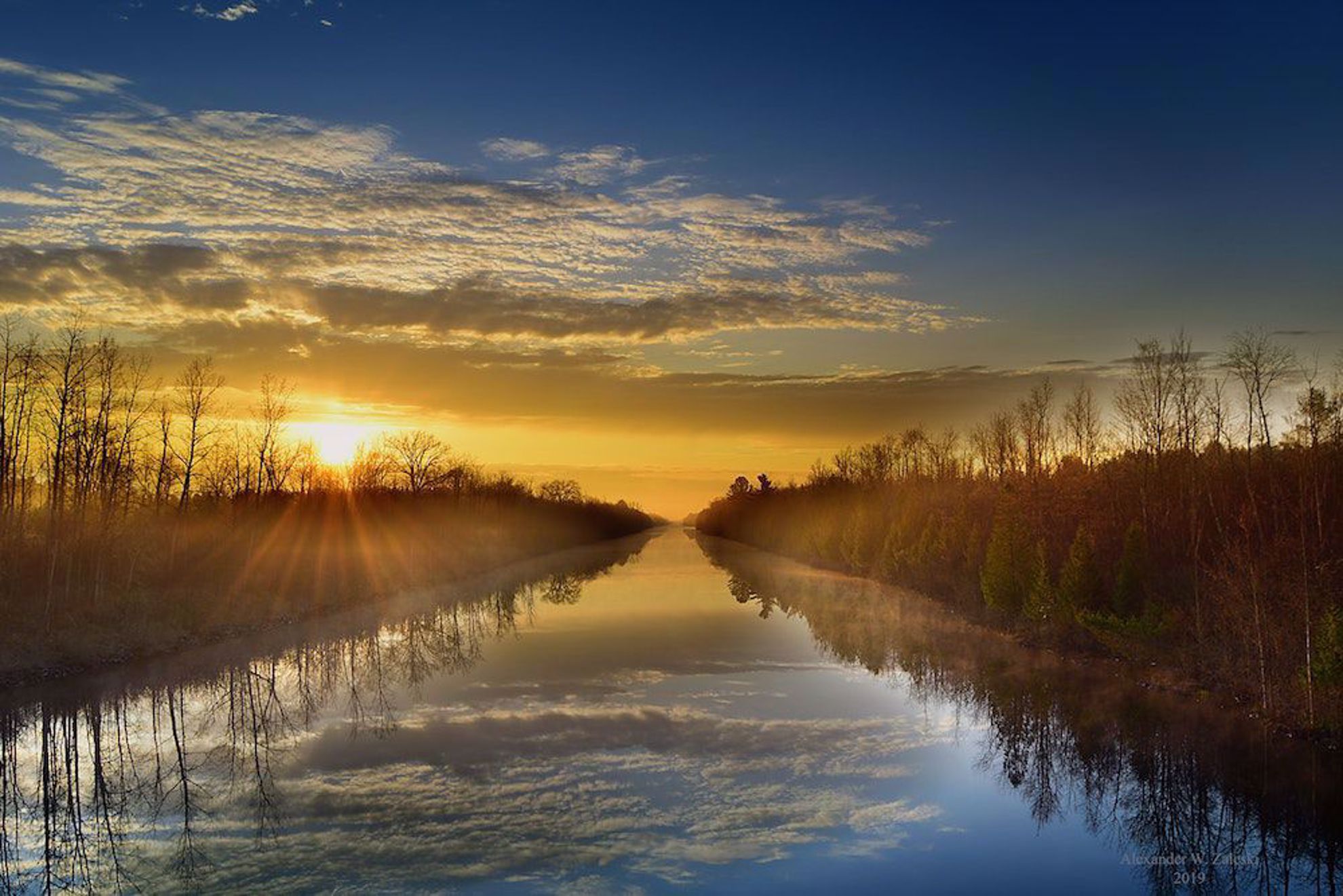 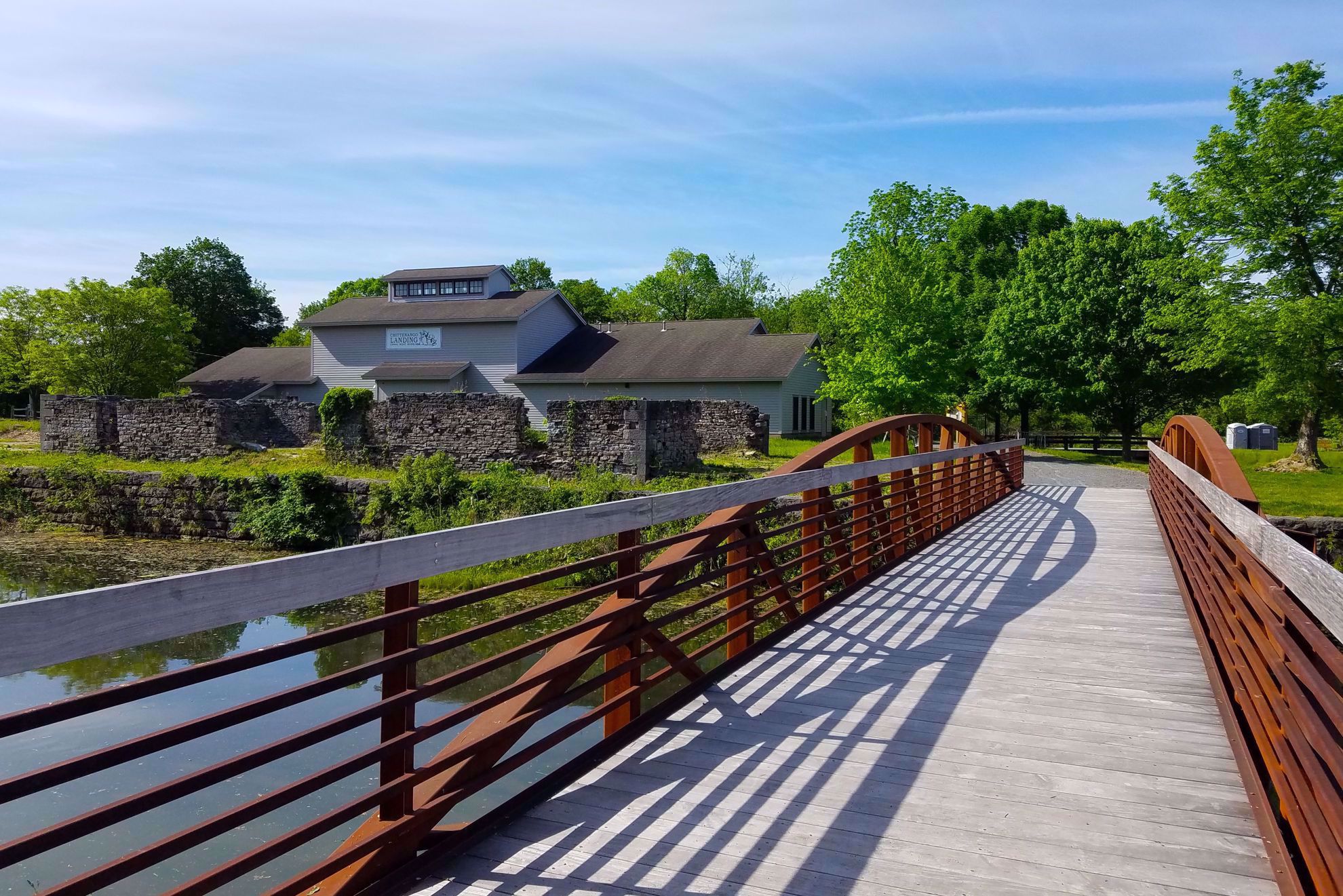 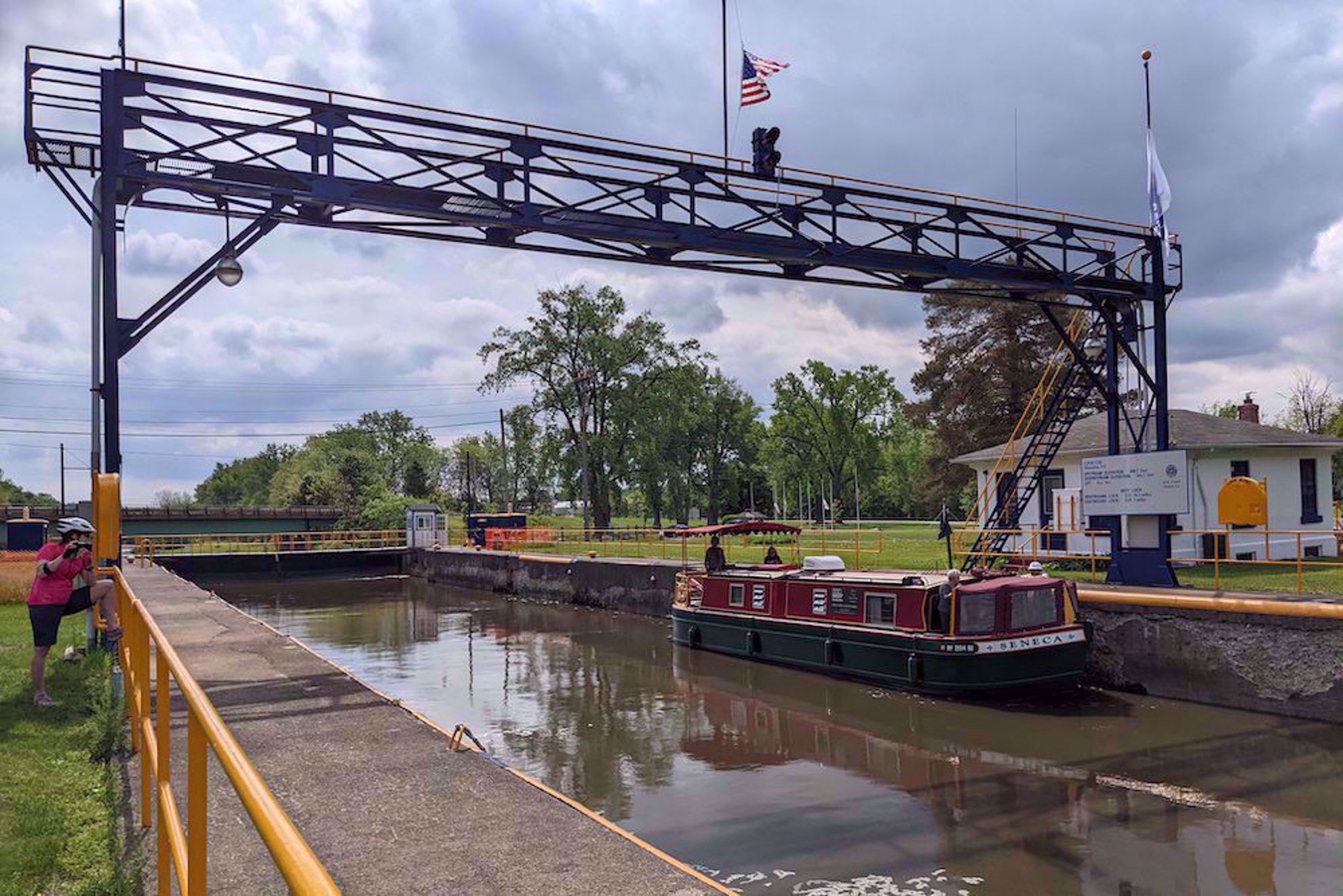 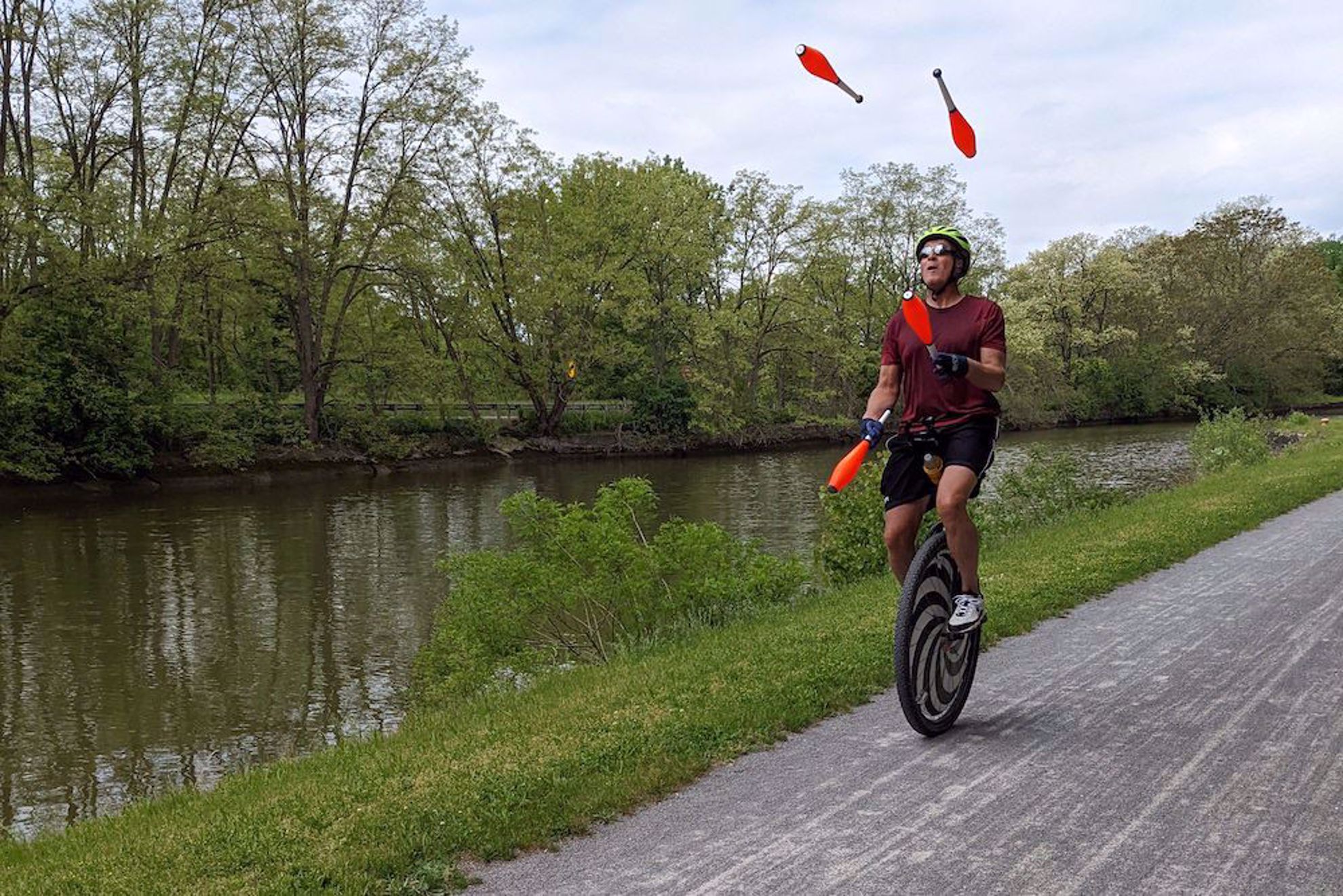 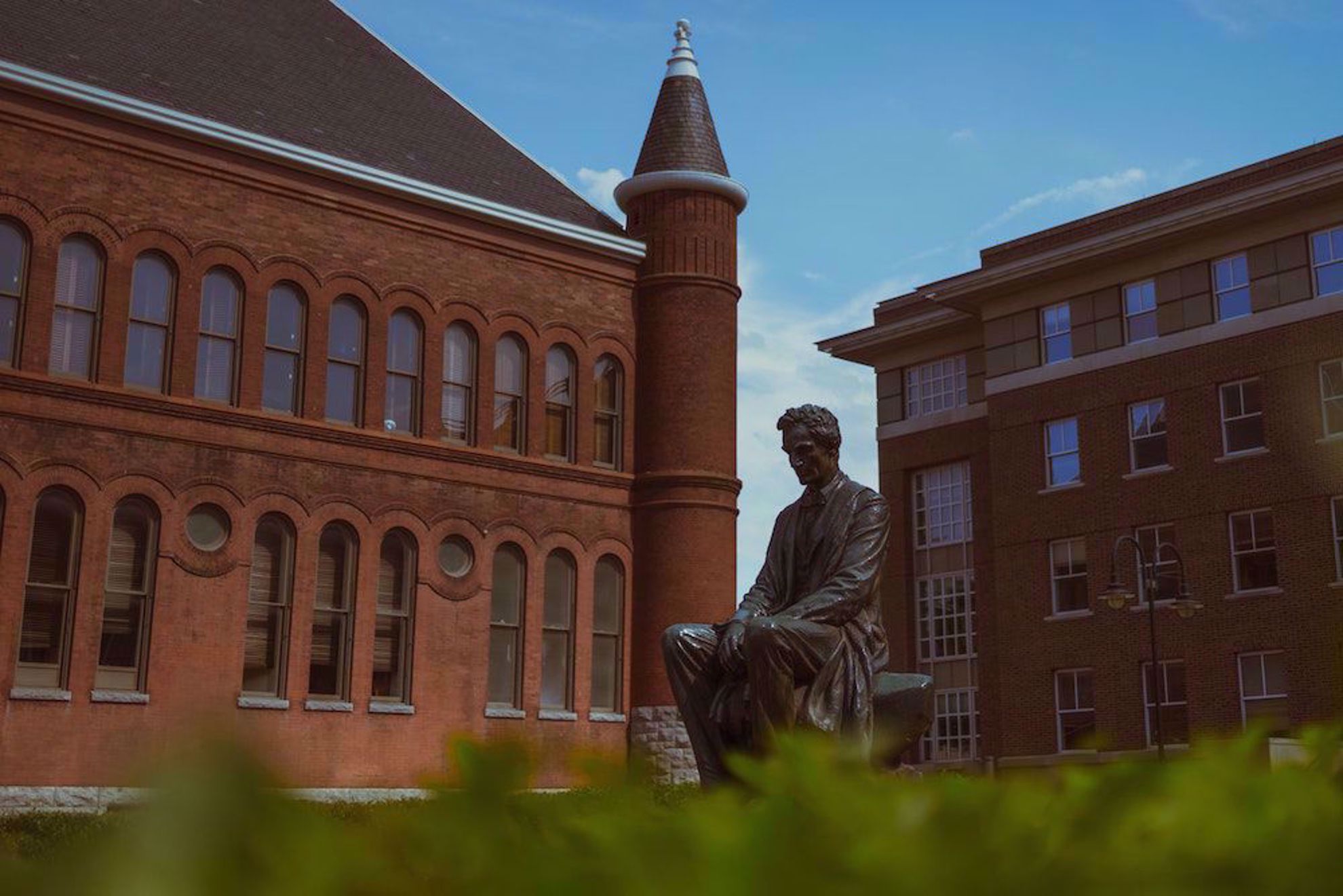 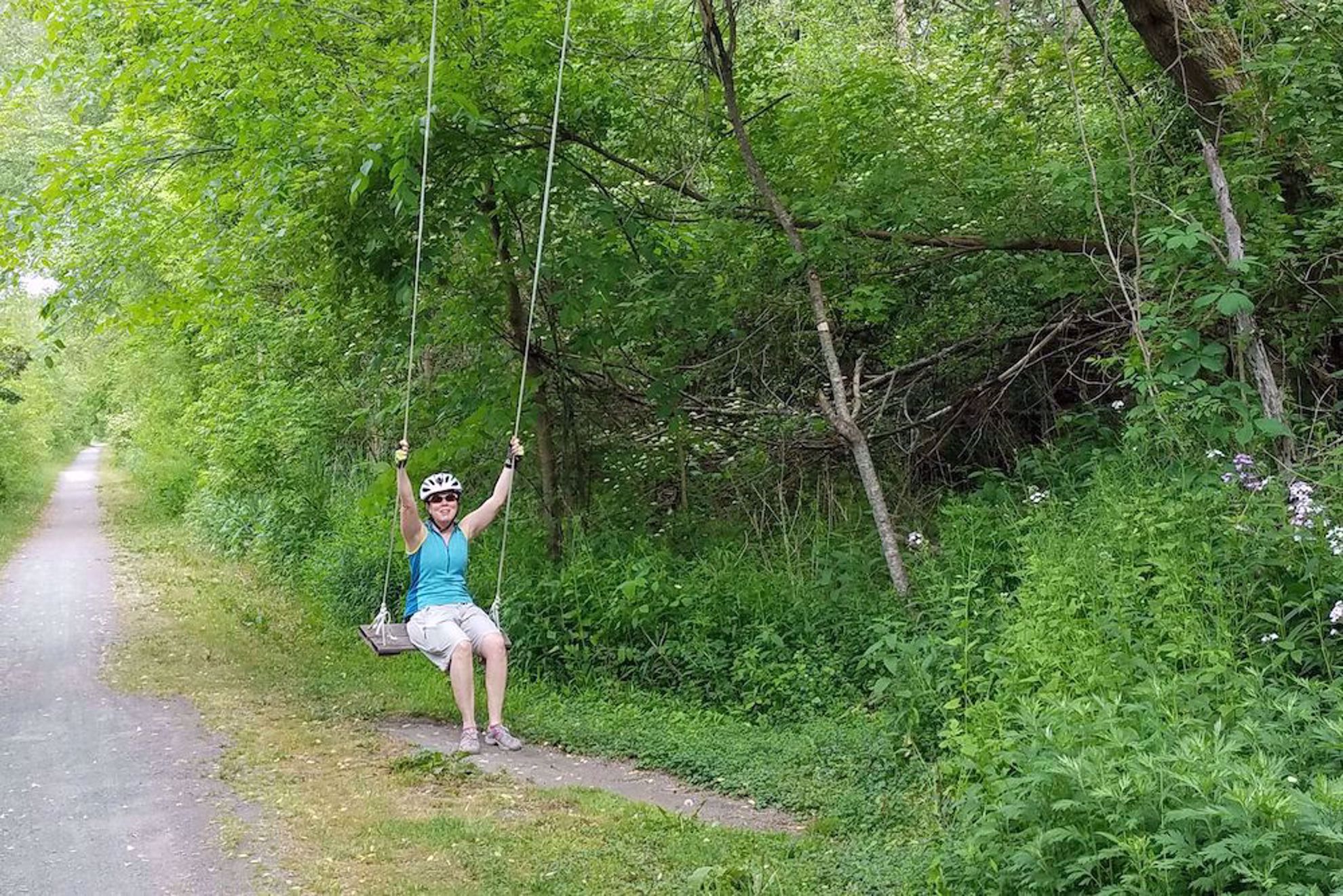 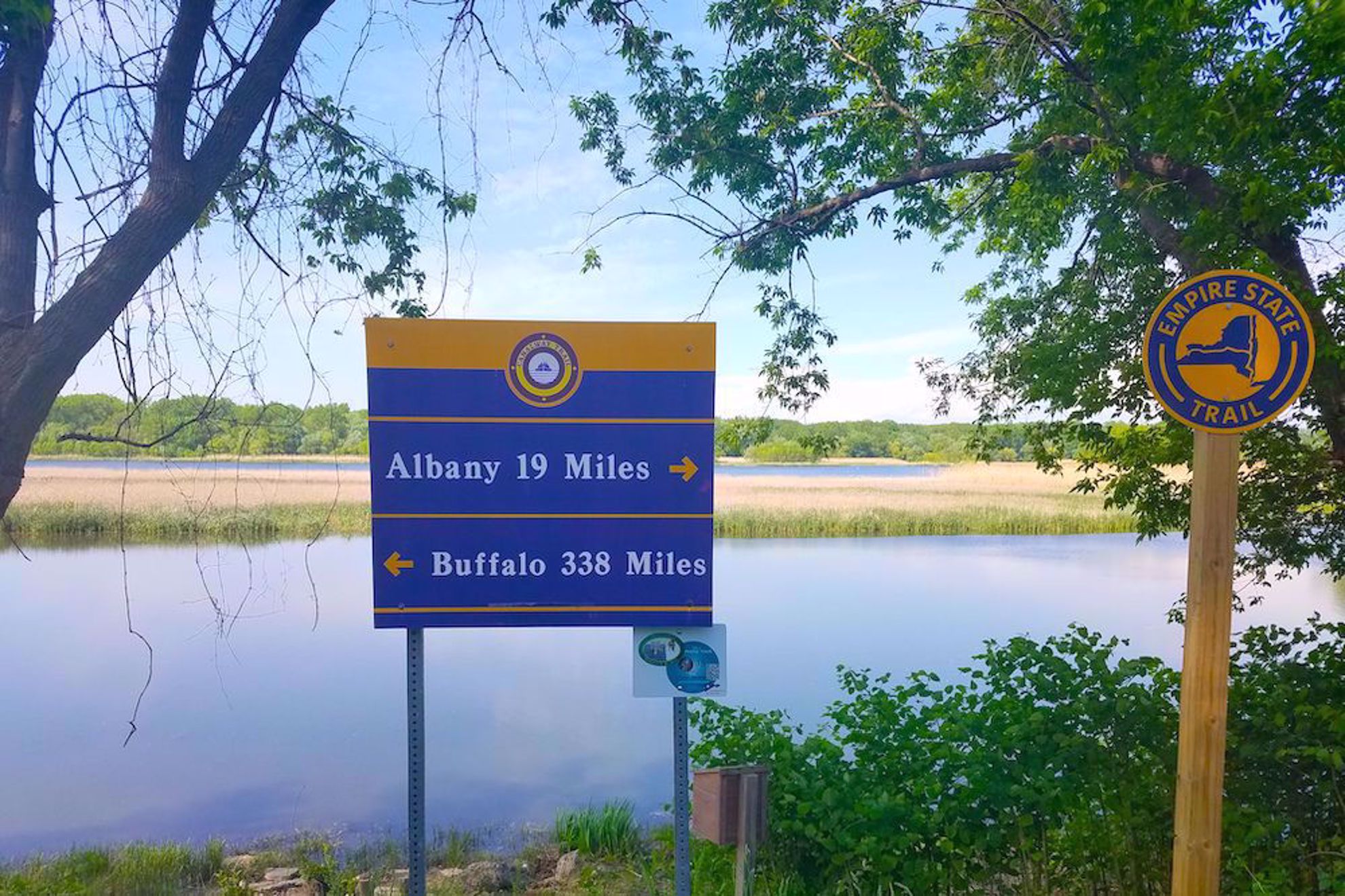 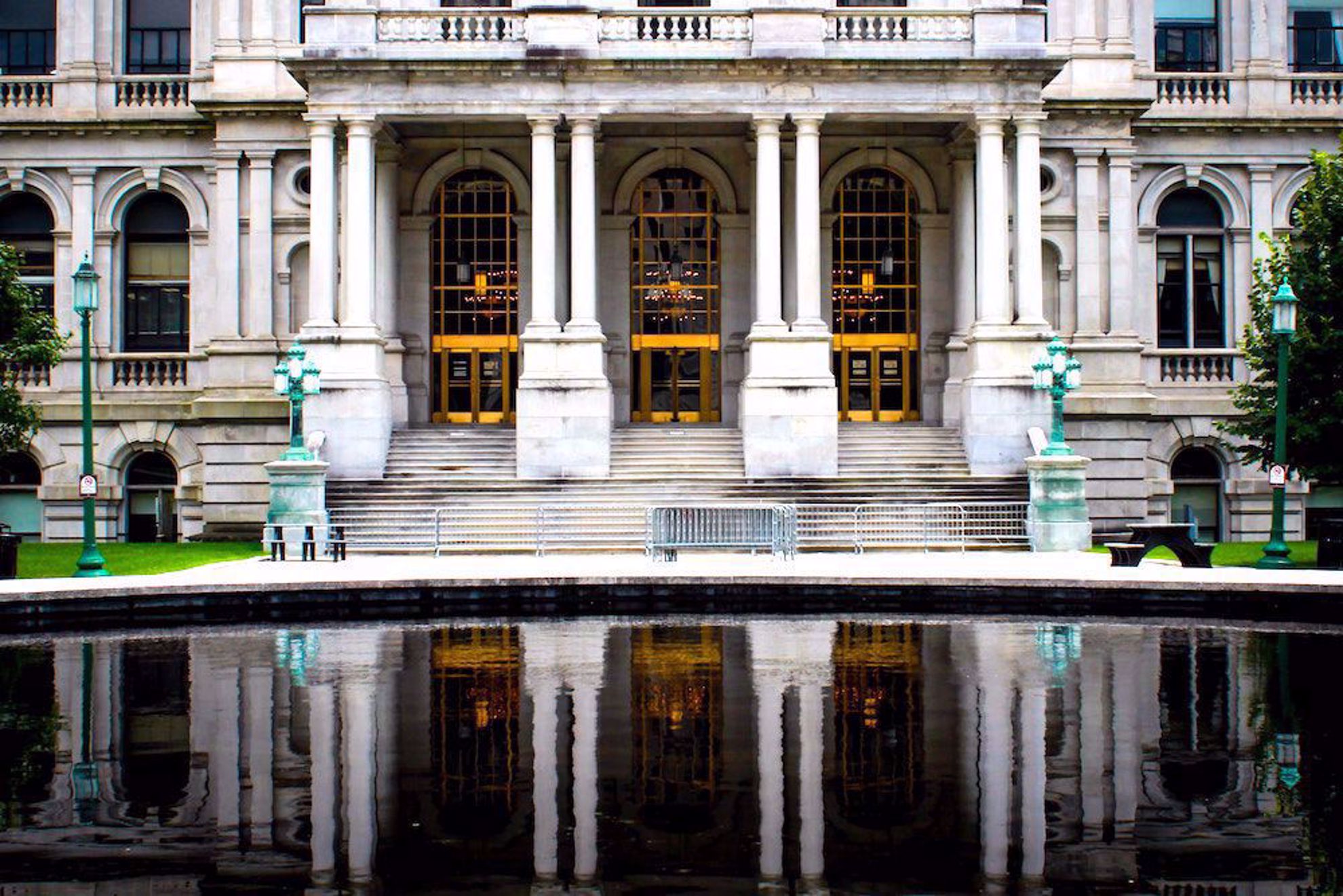 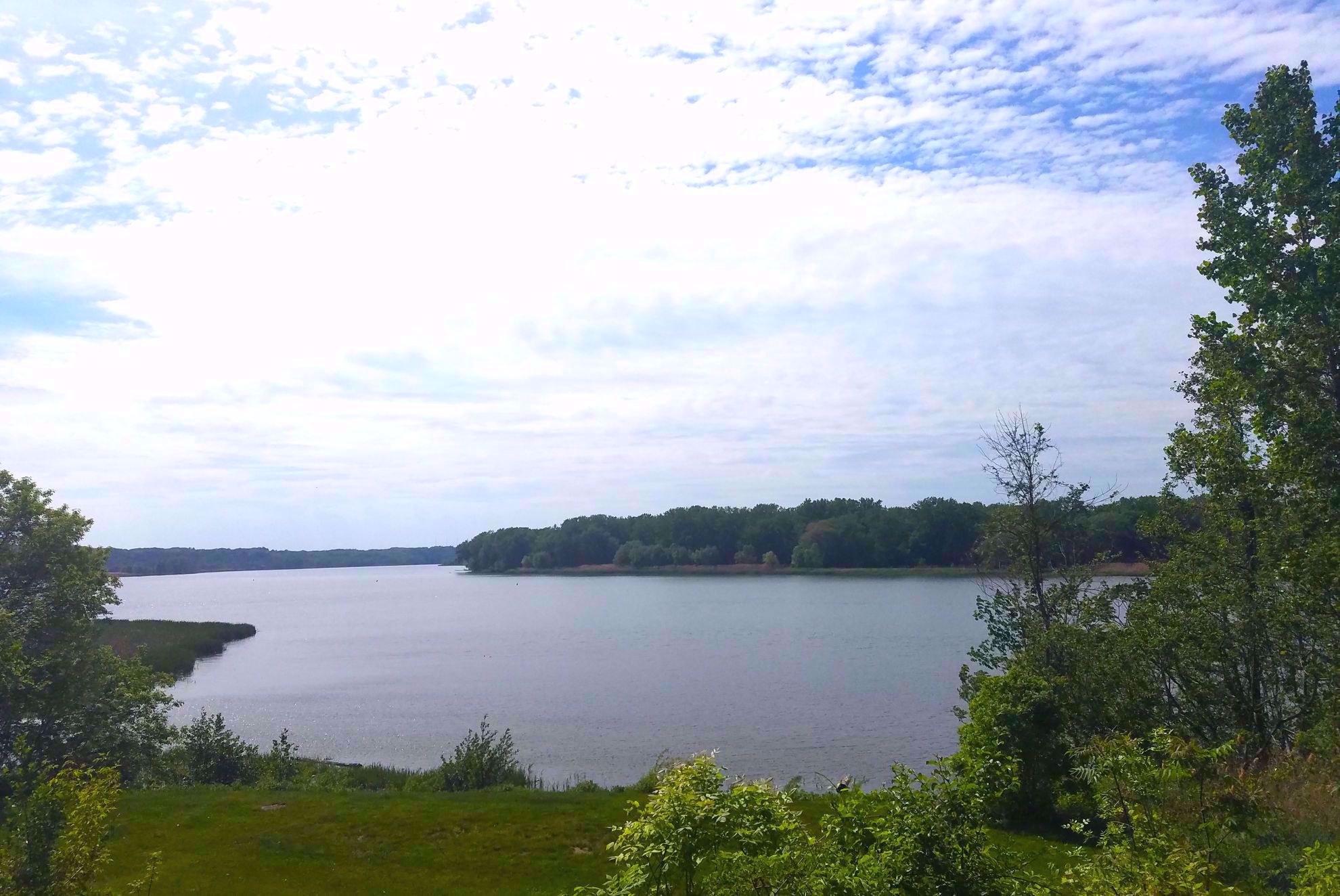 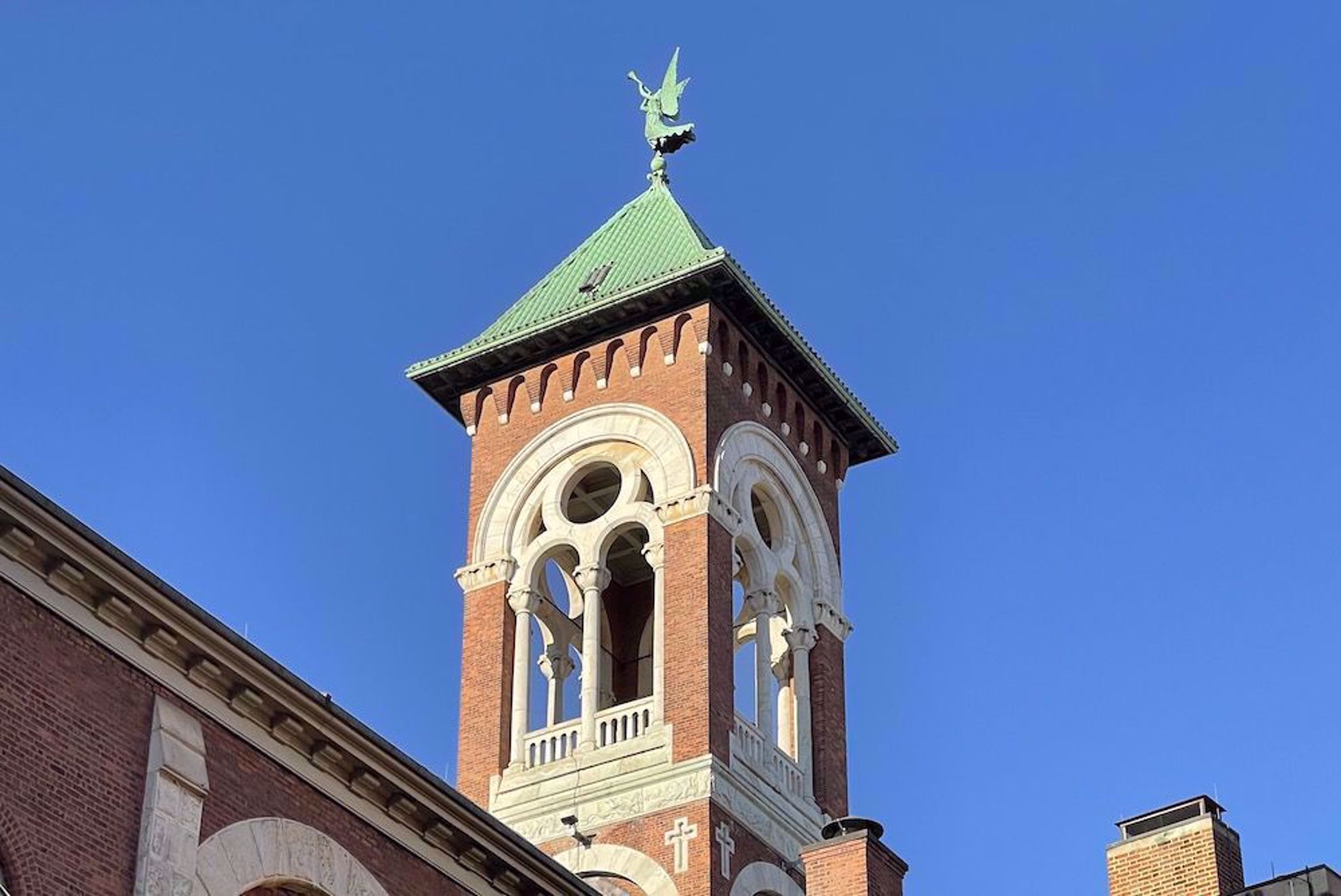 Thank you for your catalog request. It should arrive in 1 to 2 weeks.

Thank you for submitting your E-newsletter request! We will email your confirmation shortly.